I am so amazed and grateful for something that should be common-place that I don’t give it a second thought : media actively acknowledging the climate crisis as a crisis and acting accordingly.

The Guardian has done it. They even made an official environmental pledge and have deeply considered which words and images to use and which to discard. ‘It’s a crisis, not a change.’ The word crisis is more scientifically correct with what’s going on so out with change, and ‘welcome’ crisis. And we are going to see way fewer polar bears, both in reality and in The Guardian.

All their editors are going to write from this climate crisis perspective or at least weave it into their narrative. Even their fashion and business editors.

I became a paying subscriber even before this pledge. Because of their the biggest story in the world campaign and because you could subscribe to a weekly Green Light email, packing all their reporting on the climate.

Now I am extra glad I did. And got to witness them taking this pledge and acting with the common sense that our times need now more than ever.

If you want to vote with your money and have € 90 to spare, I’d say, give it to The Guardian and for a year you have access to their reporting.

I don’t know how other media around the world are speaking on the topic of climate breakdown. I don’t know if The Guardian is the first or one of the pioneers. I do know that judging from the general knowledge and opinion about climate change, the media are not feeding us what we need to hear. And how do I know about the general opninion and knowledge? By the lack of sane action being taken around the world. (CO2 still on the rise, despite all the fancy agreements and promises)

In The Netherlands we have this public media channel (NOS) and it has a news app which is mainstream as a news channel and generally regarded as ’trustworthy’. In their app interface where you select the order in which you want to see the news topics, you cannot even choose the environment or climate. Of course, they do report on some of the news stories that happen in climate crisis land. But they never talk about the topic from a meta perspective, calling it by its proper name: climate crisis. They are basically saying that there is no crisis going on. There are just random events happening, not connected by one urgent word. And that’s what they are telling to all their readers. Hush, all is well. Well not well, because if it were we would have nothing to bombard you with. But troubles like farmer strikes and ongoing protests in Hong Kong are what’s most important for you to hear about now, trust us. Hush now. We will tell you what troubles to worry about. And it’s sure not the climate.

Another so called credible and even left wing newspaper De Volkskrant is said to brag proudly about having a climate denier columnist in addition to their climate reporting (of which I am not aware of its quality or lack thereof). Brag proudly. Like they are doing it the proper way, given both sides of the story a voice. But what is sane and responsible about giving yet another climate crisis denier a public voice in a world that has a real hard time facing its current reality?

My hopes rise a little with The Guardian’s actions and other news media will surely follow. It’s world full of sheep out there. 😉 I like sheep.

I have been wanting to go palm oil free for a long time and now I decided to go for it. The tricky part, as I suspected, is not changing what I eat and buy, Lees verder… 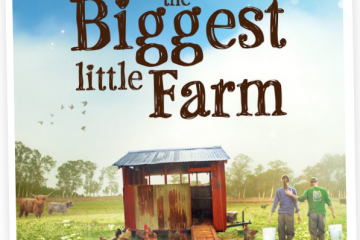 A: Molly picks up a clump a dry, compacted, dead soil and throws it to the ground. It doesn’t break. B: John looses a patch of cover crops and scoops up two hand fulls of Lees verder… 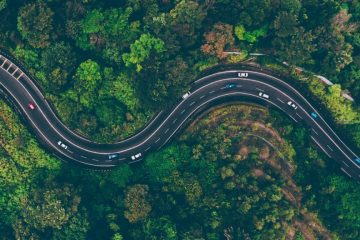