What liberals misunderstand about authoritarianism

The wonderful podcast from Ezra Klein with historian and journalist Anne Applebaum, ‘what liberals misunderstand about authoritarianism’ is actually about what liberals don’t and authoritarians do get about human nature. Or what we have forgotten and need to remember fast in order to stop the move towards autocracy in the democratic world.

They discuss Hannah Arendt’s 1951 classic 1951 ‘The origins of totalitarianism’ a book that offers great insights into this very blind spot.

The world ‘liberals’ I take to mean, people who want a free society. Authoritarians then are the ones who want power and control instead.

Ok, so what did liberals forget that might cost them their freedom ..

Liberals belief that self-interest is at the core of human motivation. Having a good life. All those things you can perceive with your eyes and ears. Money in your bank account, food on the table, a roof over your head and education for your kids.

Reality however is that, yes, people want that, but they sometimes also want a shared sense of meaning. They want to be part of a sweeping change. Their imagination is the door into this desire and belief it’s lock. The bigger the better. No facts or real results required whatsoever. Just emotions.

Authoritarians understand this and exploit the hell out of it.

Radical loneliness makes people very susceptive to authoritarians. A sense of not belonging to the world at all. ‘Being surrounded by others with whom he cannot establish contact, or to whose hostility he is exposed’ is a very common experience of people on social media. Authoritarians exploit and direct this very common emotion of our time and they deliberately create it. And they channel it into communities outside of the normal communities that make up our society.

People disgust duplicity. Liberals thinks this plays into their cause. But duplicity means being of two hearts and thus can go either way. It can be made to seem revolutionary to destroy duplicity by applauding authoritarians that are openly cruel and have no disregards for values. That’s why pointing out Trump’s lies and crimes to his followers does not cause them to distrust him. At all.

Authoritarians know that what people see, read and hear can be less important than their imagination so they make sure to feed it steadily. The imagination can be most easily evoked online. At the same time they try to destroy our capacity to know the facts and think logically. By deliberate lying and offering so many contradictory stories that end up giving in and feeling they can’t know what’s really going on.
the ‘constitution of knowledge’ the ways we have to know things.

But if the two come together, working towards real things that matter in people’s life and a great story of being part of a sweeping change, than magic is possible. Zelenski and the Ukrainian people are a wonderful example of this. They are showing us how its done.

This is the link to the podcast on Spotify. There is also a transcript on the New York Times website https://open.spotify.com/episode/0lbmiMOHnqwntKfHVfOqAN?si=652a827df3624e08 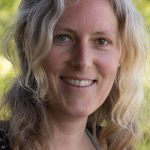 Send me your monthly newsletter!

Letter June – I am here to learn lessons. Really?

Letter May – Hard decisions .. the making of .. made easier

Letter March – Plans are worthless. Planning is everything. 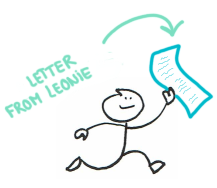 Recent articles (some are part of the monthly letters)