Hard decisions – the making of .. made easier

Pro’s and cons. We weigh them. And then we decide. That’s how decision making works, right?

If it is, then how come it sometimes takes so long, costs us so much head space and plagues us with doubt, even after we made the decision?

Here’s why: we are not very good at the weighing part.

Before learning what I now know about decision making I often found myself only able to decide in the very last moment.

Only in the very last moment …

Please go and read the text on the image at the start of this article, if you haven’t already.

Or here it is again:

When faced with two choices, simply toss a coin.
It works not because it settles the question for you
But because in that brief moment when the coin is in the air
you suddenly know what you are hoping for.

Faced with the decision being taken out of our hands, faced with now or never, we know. We suddenly are able to decide.

What mechanism is at work here? On the surface it sure looks like magic!

The answers is: the ticking away of the possibility to decide, that sense of scarcity, of time slipping away, forces us to acknowledge what is most important to us. “What we are hoping for ..”

In order words, it brings us into contact with our values. Our inner values. Because the hoping never is aimed at the things we think we are supposed to want. They are about what we truly want.

Weighing pro’s and cons in our attempts to decide sucks and then it sucks some more. And that is because we actually don’t do much ‘weighing’. We just torture ourselves with switching our attention from a con to a pro to a con to a pro …

And weighing is key. The pro’s and cons are worse than useless to us without being weighed. Worse than useless because they keep our mind in that undecided cycle of doubt, draining our energy and cluttering our head space.

Ok, so what’s the deal with the weighing?

Well, the deal is: not all pro’s and cons are made equal.

Remember that decision you made which had all these wonderful pro’s, yet you decided, against all odds, against every piece of advice, not to go for it because of this one little con. Everyone thought you were crazy. And on the surface it sure looked like they were right. Yet from the perspective of inside of you the decision made perfect sense. Because this tiny little con mattered. It mattered a lot. It mattered so much that you were wiling to give up all the goodness that the pro’s promised.

When you made this decision you were in touch with your values. Your inner values. And because they were inner, your decision made no sense to the well meaning folks around you.

This also illustrates why it is not very useful to ask for other people’s advice when faced with a difficult decision, unless of course they help you figure out what’s most important to you instead of giving you their weighing of the pro’s and cons.

A few years ago I learned Robert Fritz’s Digital Decision Making process. It is an eloquent and graceful little process which has all the different pro’s and cons organise themselves into a hierarchy. A hierarchy of values. Meaning we find out what is most important to us. In half an hour or 45 minutes. Yes, also for the major life decisions it is that fast. And the best part of it is it makes us so clear about why we choose what we choose that there is no landing ground for doubt any more.

And this is what time pressure of a deadline or a falling coin does as well: it forces us to acknowledge the hierarchy of our values. And in an instant we know what we want to decide and also why.

But it’s a bit strange to create a situation of force to make ourselves know something that is intimately ours to begin with. It’s about what’s most important to us. It’s about our values. And they live in our head and heart. We can know them, be fluent in them.

On our way to that fluency let’s clear away some misunderstandings around values.

Misunderstanding #1: choice between heart and head

Ever had this specific and very common kind of indecisiveness?

Not knowing whether to follow your heart of your head?

Well, you can leave that division behind when you become fluent in your own values. That’s because values are neither heart nor head. Or they are both. They are the reality of what lives inside of you.

Here’s one persons way of putting this into words after having being walked through the Digital Decision Making process:

“At first it felt rather rational. But during the process the light slowly went on in my brain and I started to see what mattered most to me in the situation.”

See how she puts the words ‘brain’ and ‘mattered most to me’ in one sentence and how they don’t bite each other at all?

But there is another thing that can create confusion in becoming fluent in the reality of what we value most. And those things are ethics and morals.

Misunderstanding #2: what I should want versus what I do want

We all carry around shoulds that we took on during our upbringing or in contact with the various social groups that we are part of. Here is a recent incident I had with one.

My father whispered in my ear, via text, that, between him and me, he thought my mother would like a message on mothers day. And I was like, why? what for? I never send her anything for mothers day! I used to consider it a commercial thing so it had no meaning for me. I don’t really know what I think about it today but the thing was, it felt like lying if I were to send her sweet mother’s day messages suddenly. So I didn’t. Honesty was more important to me in that instant than friendliness. Sometimes it is the other way around. I don’t really like my parents family gatherings, yet I mostly go to them anyway out of the wish to give them what they want, my presence on that party. I don’t have to give them that, I want to.

A value is an internal thing. A thing no one else can know about but you. It’s got nothing to do whatsoever with what we call ‘morals and values’ or ‘ethics and values’. When used in that sense it means something external. Things that we as a society deem important or the church says is important or the Happiness magazine or our favourite social media influencer or spiritual teacher. Moral and ethics do have their place and benefits I guess, just not in our personal decision making processes.

Only a decision based on what is most important to us, gives us the sense of solidness, of standing behind our choice. It might still be a choice that scares the hell out of you or makes you sad or anxious. Making a solid choice based on our values does not necessarily equal happy feelings only.

And yes, I realise that making decisions based on our inner values is something that gets easier the more a person has unearned privileges. Me being white and having had all the benefits of good educations, loving parents, a middle class upbringing, an accepted gender id and sexual orientation make it so that when my decisions happen to be counter to the societal norms and ethics, I get away with it. Some people actually have to fear for their lives when they do the same thing. Also in our so called civilised countries.

The making of hard decisions made easier

2. For us to be able to make that hierarchy, do that weighing, we need to become fluent in what’s most important to us. And the keyword here is us.  You and only you can be in touch with the reality of your inner values.

Having said that, quite often when someone comes to me for a Digital Decision Making session I know what they are going to choose within minutes after talking to them. That’s not because I know what’s best for them but their own languages betrays them. Their true desire is written all through their talking to me. There is simply a little should that makes them unable to know it themselves yet. Doing the process with me makes them so clear about what matters to them that no space remains for shoulds.

This is truly wonderful to witness.

Oh and here is 3. do yourself the pleasure of actually taking the time to create that hierarchy of values. Not only will it save you lots of time, it will also grant you moving through it with grace. Hard decisions don’t have to be energy drainers or .. hard! You don’t need time running out to squeeze the knowing of what matters most to you, out of you. You can engage a hard choice voluntarily and gracious.

By yourself or with me.

People walk into my life for 30 minutes or an hour at the max and make major live decisions, right under my nose. Whether to end a long term relationship, whether to move to the other side of the country and start a new life, whether to have another baby or go for building that business. Sometimes it would be a decision that could only be made at some point in the future if …. In those cases they ended up with clear insight in what they would do, if the circumstances would go left or right. Or on which elements to get more information, and then what they would do if the info was A or B.

Yes, it is a wonderful process to facilitate and it brings me much joy.

But, apart from the Digital Decision Making process itself, I gave you all the insights that the process is build on. Hope you can make good use of it in your life building and business building process.

And if you do need a hand, know that you can book a session with me and be done with it in an hour and for a trainee fee. And … no decision made? No pay.

Make no mistake, I am fluent in this process. It is the part of my structural thinking consultancy certification that is easiest to learn. Yet, while studying for this certification, I am also building a business around the whole of it and offering you a solid decision in 45 minutes for a trainee fee is my way of saying ‘Hey there, here I am and I got good stuff to share!’. Because I do .

I have a question 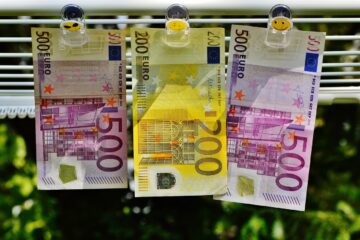 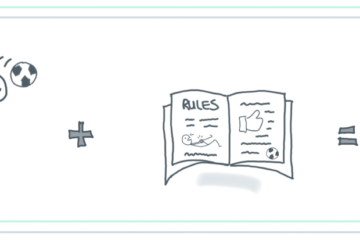