The musings of a tree

My favourite thing from the street where I live is what I am seeing right in now. My bedroom has one wall with a big window in it. My bed faces that and in the morning I like to spent half an hour in there, sitting up with a cup of coffee and my view through the window will be all tree. There is a pseudo acacia in front of my house and from my bedroom which is on the first floor I look right into its crown. Fills my whole window. The bark with all the ridges, the green leafs which sit ten (or something) in a row on each side of their stem. And often a little brown, hardly visible against the background, tree creeper can be seen going upwards against the bark. I imagine it’s the same one coming back always to ‘my’ tree but the other day I saw two at the same time. So much for my fairy tale.

On request of a pen pal, to dive into the experiences of a creature in that little tableau from my bedroom window I noticed was curious about the tree, standing there like that…

Frantic, that’s what they are. Those humans milling past me. Even though my people tell me that where I am grounded is not a hectic place at all. Nevertheless, I wonder. Getting in to those cars that are parked next to me. Getting out of the cars. Into the houses, out of the houses. On the bicycles, off the bicycles, walking away, coming back. I have no clue what they are up to. What on earth is all that moving about for?

I mean, of course I do understand movement in some sense. Even though I am always in the same place, I grow, moving slowly closer to the sun. And my leafs and branches move in the wind. Pieces of my bark fall off sometimes and move to the ground, as well as my leafs and seeds. And I somewhat understand the moving about of the tree creepers that creep up my trunk, looking for insects in my bark, which are also moving their whole bodies around from time to time. And then there are the pigeons and the jackdaws of course. I have had plenty of time to study and analyse all of them. It seems to me that this is what they do in essence: sustain their bodies and reproduce to create new bodies.
I can relate to that. It’s what I do as well.

Now those humans.
I can’t separate myself from the impression that their lives are also about sustaining their bodies and reproducing to create new bodies. But it seems they have made the whole business rather complicated. Added a lot of stuff to it, like those cars, and bicycles, gardens, and who knows what they keep inside those houses.

I sometimes spend days and days trying to guess the function of a certain incomprehensible thing I saw them drag out of or into their houses. I hardly ever manage to find out but it is a lot of fun trying. The tree creepers don’t care about my game at all but the jackdaws jump in with delight, and sitting on my branches chatter away the sunlight hours in wild speculation.

But there is an aspect to the moving about of humans that seems to have a discrepancy in it. Like all movement of all living beings that I have studied, it has a purposefulness about it. Yet in the case of humans I notice a blindness to it as well. And that puzzles me. How can a being be both purposeful and blind in their moving about? And if that were the case, how can they ever end up where they are going?

Categorieën: TALES AND EXPERIMENTS IN CREATIVE WRITING
Tags: written in my best English

I wrote the below piece for a writing contest. The first one I ever attended. After sending in my carefully crafted piece I never heard from them again 😉 However, I had much fun writing Lees verder… 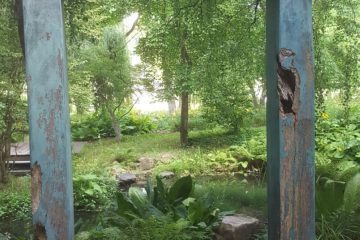 A rite de passage into elderhood

She was both nervous and full of anticipation. After almost six decades of active participation in their samenleving she would finally retire into her well deserved rest of old age. Just kidding. Let’s try again. Lees verder…

The Three, the headache and the boards

So there is this society, this world that I dove into and discovered along the way. And they call their society a samenleving. That’s the Dutch heritage of some of their people speaking. It literally Lees verder…