A rite de passage into elderhood

She was both nervous and full of anticipation.

After almost six decades of active participation in their samenleving she would finally retire into her well deserved rest of old age.

Let’s try again. This was what she was both nervous about and anticipating.

After almost six decades she would finally come into her phase of harvest.Of course, her body had already made that transition for her but now it would be confirmed and formalized samenleving-wise.

Remember the age groups of the advisory boards that support the leadership of The Three? These age groups were also known as the three phases of sowing, growing and harvesting. Rather pagan and rustic sounding right? There was however, sound science behind this choice of words. The field of Human Be-ing had established, by doing solid scientific work, that when a samenleving has Rites the Passages in place that are connected to the cycles of the natural world people tend to not cognitive dissonance themselves from the unavoidable reality of being part of those natural cycles and thus the natural world and tend to act accordingly in considering it obvious to work with those cycles.

Her name was Serah. She identified as a woman. Mostly. Sometimes she had liked to play around with the idea and practical execution of being fluid. But to be honest, she didn’t real care either way. Not anymore. Picking a gender identity and wrapping it around you like favourite coat was something for the youngsters. After a while one didn’t real care to name oneself anymore. What or who was a person anyway, besides an ever changing set of preferences, ideas, feelings, tendencies, skills and looks? But of course the sowing phase, in youngsters minds, was often attached to the idea that a set form would emerge at the end of it. But all that happened was that the continuity of change was becoming more subtle, for most anyway. Through the wild, seeking eyes of a youngster being above 30 looked like a static situation. But there was not a one who didn’t find out this was not the case. At all. Of course the Rite from Youngster to Middle did help in this respect. And that was the second scientific foundation of those Rites the Passage. They were designed to keep people from sticking to a phase that was behind them and being blind to the new possibilities that awaited them. Such a waste of human creatorship. Serah inwardly cringed a little bit when she recalled the story that she was sure to hear in the upcoming ceremony. About the times before the Great Redsign. The desperate attempts to appear young, the wasting away of old people in ‘care’ homes, the stuck-in-adolescence sexual desires from old people to young people, women in their transition to menopause being diagnosed with burn-out or depression due to the general ignorance about the various hormonal stages in female bodies. She was utterly grateful to not having had to to live in those dark ages.

Since her early 40s she had attended yearly meetings of her age group to be. These were designed to inform her of all the possible ways in which her body could start to express the change from fertility to the end of it. The physical aspects of it as well as the emotional and sexual aspects of it. The transition hadn’t been rough on her even though it hadn’t been easy either.

The dark but not yet dark blue of dusk was in the sky. Her favourite colour. She felt like her whole body breathed it in, while she walked towards the circle that had already gathered outside on the plain. People always come to their Rites alone. That was custom. And it was a good custom Serah decided. Even though she did remember the awkwardness of walking all by herself going to her first Rite as a child. It emphasised the inherent aloneness of a person. Her own core and boundaries. It was also good to be gathered up in the togetherness of the group. They had left a place open for her in the circle and she sat down, something fluttering in her belly.

She was glad to see who it was that had chosen to welcome her. Grey wisps of hair standing out and curling around a strong brown face with clear eyes. Anashali.

My friend, her heart said.

“Before you join us, let’s look back and say goodbye to where you are coming from.”

She let the words of the other woman of the middle group wash over her like a warm cleansing rain after a hot day.

Some of her accomplishments were mentioned as well as her struggles. Other people from her inner circle thanked her for various things she had done, said or inadvertently meant for them in the last 30 years. She felt tears prickle in her eyes and a warm glow in her heart.

Then the whole group stood up and split in two parts. She was taken with one half of the group to the bank of a little strong flowing brook a bit to the west of where they had sat. She could see the other half assembling on the other side of the bank. A big slab of smooth washed rock sat on both sides of the water.

Serah knew the drill. She had attended many of these rituals. Not much more words were needed now. She stepped onto the rock and faced the people on her site of brook. Silently she looked around at all the faces, many beloved, all well known to her. “Thank you” she said. And she closed her eyes and mouthed a silent thank you to .. what? The years past? Her body? Life itself?
To the wide wind that gently tangled her hair, the strong water at her back and the old rock under her bare feet.

These were the elements that were chosen for many Rites. wide wind, strong water, old stone. Elements of power and peace.

She turned around, sat down on the rock and let herself down into the shallow current. With careful steps so as not to slip she crossed the water and stepped up on the rock on the other side. Anashali stood on the bank. ‘Thank you” she said to Serah and the whole group behind her murmured the same thing. Thank you for joining our numbers, thank you for coming to add your flavour of life, your experience to this phase of our samenleving.

Serah nodded a gracious acceptance and stepped of the rock in the open arms of Anashali. She had arrived. A whole new phase awaited her.

I wrote the below piece for a writing contest. The first one I ever attended. After sending in my carefully crafted piece I never heard from them again 😉 However, I had much fun writing Lees verder… 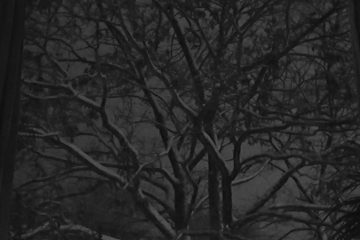 The musings of a tree

My favourite thing from the street where I live is what I am seeing right in now. My bedroom has one wall with a big window in it. My bed faces that and in the Lees verder…

The Three, the headache and the boards

So there is this society, this world that I dove into and discovered along the way. And they call their society a samenleving. That’s the Dutch heritage of some of their people speaking. It literally Lees verder…